It’s easy to say what you feel at the moment but that’s not always best. Having self-control and empathy for your spouse is very important for your marriage.

Some of these things may seem very obvious to some people, but I’m going to list them anyway. Here’s a list of things you should never say to your spouse and why.

Although your spouse may be acting crazy, this term is a jab on their mental state. Telling anyone they’re crazy leads to defensiveness and brings no positivity to the situation.

If you’re in a relationship I’m sure you’ve told your spouse to calm down or vice versa at least once. How did that turn out for you? This phrase never calms anyone down, but only makes them feel unheard and feel like what they’re saying is not valued.

I don’t Love You Anymore

First of all, saying that is just plain mean. Love is not a feeling, it is a choice. If you say “I don’t love you anymore”, you’re basically saying “I choose not to love you anymore.”

Loving someone isn’t always butterflies in your stomach and whispering sweet nothings in their ear.

Sometimes it’s holding their hair back while they puke, having each other’s back, speaking respectfully to one another even when you want to scream or run away.

No one likes being told to shut up. You weren’t allowed to say it to your parents, you wouldn’t say it to your friends. Why is it okay to say to your spouse?

It’s not! Saying this to them makes them feel extremely disrespected and puts them on the defensive.

If you’re referring to a negative attribute you’re putting them and their parent down and possibly bringing up some old baggage that they’re having trouble dealing with.

It’s All Your Fault

People who are married have become one. One spouse’s problems are the other one’s problems. Saying it’s all your fault is like saying you’re unwilling to see the big picture and take any part in the blame.

In a marriage, the chance of an issue being only on persons fault is very slim.

There is a fine line between helping and hurting someone who is overweight. Telling your spouse they’re fat or you’re not attracted to them anymore is not the correct way to address the issue, it will only make their self-esteem plummet and possibly make them eat more to deal with the hurt of hearing that from someone they love.

When approaching that situation it should never be about the way they look, only about your health as a couple.

Start cooking healthier meals for the family, ask your spouse to be your workout buddy, or go on more active outings like hiking or biking.

I Wish I Never Married You

This phrase can be devastating to your marriage, it’s like saying “you’re the worst mistake of my life.”

Ultimately it was your choice to get married, no one can force you into it. Saying this will break trust and cause more issues than before the phrase was said.

I Want A Divorce

Telling your spouse you want a divorce out of anger will cause permanent damage to your relationship. If you truly need to have a talk about divorce make sure it is not in the midst of an argument and take these steps first.

This will instill fear in them for your future together and make them lose trust in you, making your spouse feel rejected and unsafe in your relationship. 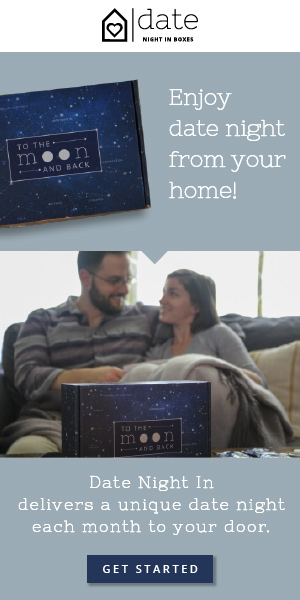 Typing this out and giving you advice on what you shouldn’t say to your spouse is the easy part. I’m guilty of saying almost all of these a time or two in our 14 years of marriage, and that’s how I know not to say them.

You live, you learn. Heed my advice and learn from my mistakes, marriage is so much happier when you speak to each other with respect and love.

Remember you are a team, you’re not against each other. Speaking to each other with anger NEVER helps. But working together and discussing your problems, using self-control will benefit both of you and build your marriage to be an awesome winning team!

Here are some Daily Habits Of A Happy Couple, check it out!

Subscribe to get an email with new tips and advice on family and marriage!

Previous postWhy you should travel with your spouse

Honest Blogger About Marriage, Family, and Travel.
Real-life, real fun, real struggles, and everything in between.

Can Your Marriage Survive After Infidelity?

Things To Try Before Giving Up On Your Marriage

This website uses cookies to improve your experience while you navigate through the website. Out of these cookies, the cookies that are categorized as necessary are stored on your browser as they are essential for the working of basic functionalities of the website. We also use third-party cookies that help us analyze and understand how you use this website. These cookies will be stored in your browser only with your consent. You also have the option to opt-out of these cookies. But opting out of some of these cookies may have an effect on your browsing experience.
Necessary Always Enabled
Necessary cookies are absolutely essential for the website to function properly. This category only includes cookies that ensures basic functionalities and security features of the website. These cookies do not store any personal information.
Non-necessary
Any cookies that may not be particularly necessary for the website to function and is used specifically to collect user personal data via analytics, ads, other embedded contents are termed as non-necessary cookies. It is mandatory to procure user consent prior to running these cookies on your website.
SAVE & ACCEPT